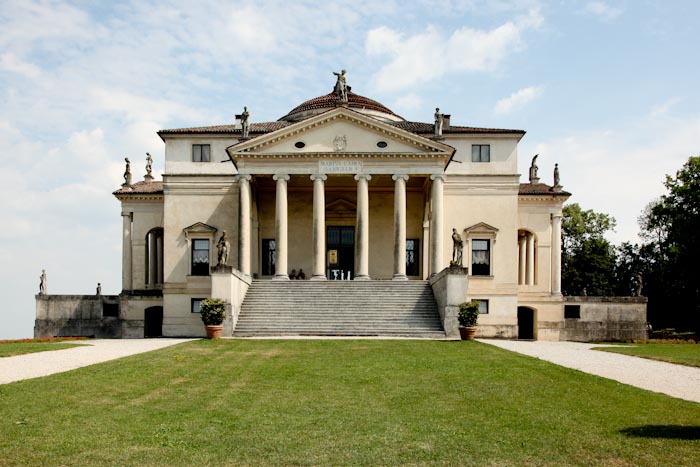 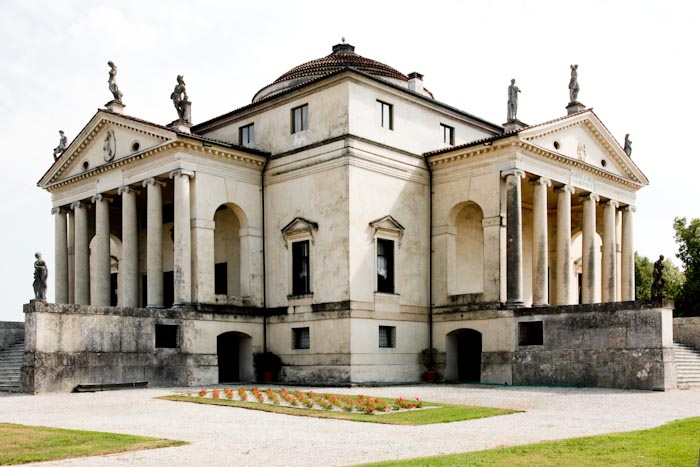 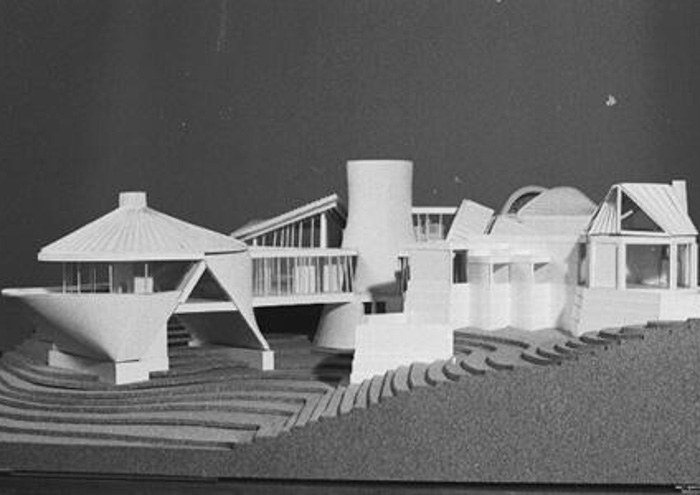 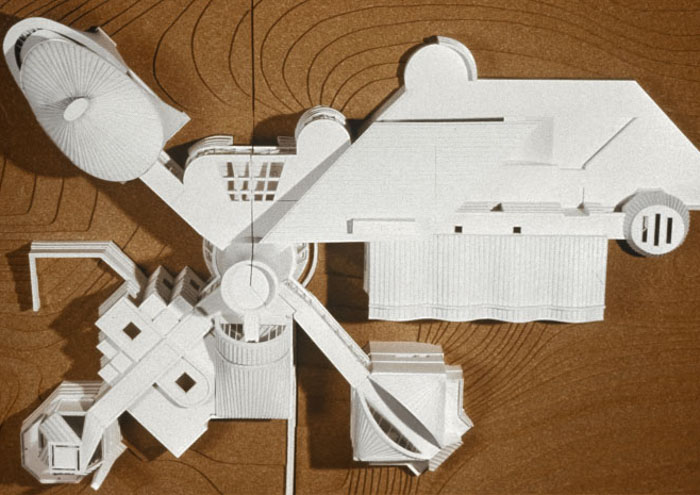 I wanted to be an architect from the moment, at three years old, I looked out of my aunt's car and saw a theater marquee ablaze with a thousand light bulbs and I asked my aunt, "who makes this kind of thing?" She told me an architect made it! I have over 50 years of experience practicing architecture. I graduated from Yale University with a Master Of Architecture Degree following earning degrees in Philosophy and Architecture in Michigan.
Before opening my own firm I worked for the Bauhaus master Marcel Breuer, the then premier urban-design architects Conklin & Rossant and I was the urban-designer of the City Of Yonkers, NY, the fourth largest city in New York State. While at Conklin & Rossant I worked on the design of Battery Park City in Manhattan and Cadman Towers in Brooklyn Heights. As Urban Designer for Yonkers I worked on such projects as the Getty Square Colonnade. I began my architectural practice and made the transition into residential work because I found that I like working directly with people on a personal level. My residential projects are designed for people who enjoy and appreciate the Art of Architecture. They varied and include co-ops, condominium apartments and townhouses in New York City, to single-family houses in Westchester, The Hamptons and California. If you are interested you can see many of my early works, including my urban design work, on this website.

If you take the time to read the history of the evolution of our ideas about architecture , below, you will see how I began with learning the bascics of harmonics in architecture from studying Palladio, then later, at Yale learned the modern methodology of applying proportions in modern architecture from  Jerzy Soltan, who was from the LeCorbusier Office in Paris. LeCorbusier's Villa Savoye is shown below. In parallel, I always felt my deepest admiration was for Frank Lloyd Wright, who understood deeper that than any other architect, how to design in harmony with the environment.

In my middle period I began trying to understand how architecture of our contemporary time could incorporate forms and shapes that reflect our new understanding of the nature and composition of our modern cosmology, our understanding of the Univese.  An example of this is the Lawrence Residence below.

I am now working on ideas of how we can create beautiful architectural forms that integrate solar energy into the composition of houses that will generate more energy than the house consumes.    An example of this is the Hamptons Multi-generational Solar House below.

Evolution of Our Ideas and Philosophy

The La Villa Rotunda was built in the lush corn farmland outside Venice, in the outskirts of Vicenza, Italy. It was the late renaissance and the cultural environment in Vicenza was immersed in understanding the Greek and Roman classics. Aristotle, Plato, and the Golden Mean were front and center in their minds. In addition, the understanding of the workings of the universe had shifted from the Ptolemaic earth center universe to the newly understood earth centered universe of Copernicus. This all brought a revival of using the Greek classical architectural elements of Temple architecture, refined by overlaying mathematical Golden Mean Proportions on their architectural works. Palladio was the great master of understanding how to bring the use of proportion by the Golden Mean (ratio of 1:1.618) into the facade of a building. Standing in its presence, you feel you are looking at the center of a harmonically ordered universe

The Villa Savoye was built in the outskirts of Paris, in Poissy, France. The time was near the beginning of the Einsteinian revolution of “relativity”. The universe was no longer understood as a sun centered universe with planets rotating in simple circular orbits around it. It was an infinite space in eternal expansion with quasars, and black holes. It was also a time of great technological revolution. Air ships were carrying passengers across the Atlantic in super light crafts floating above the landscape. Furniture had to be light so as not to burden the airship with unnecessary weight. LeCorbusier saw the new world that was emerging and designed the Villa Savoye with the latest technology available at his time. LeCorbusier also was well versed in the understanding of how Proportion was used to create harmonic architecture. Jerzy Soltan worked in the office of LeCorbusier and did all of the studies for LeCorbusier on how to incorporate proportions into an architectural work. Jerzy Soltan was also my teacher at Yale University and we had many studies and conversations on the harmonics of proportion. You stand in awe as you stand on the grounds of the Villa Savoye and look at this simple floating white box as it hovers over the simple green lawn, and wonder what the magic was happening in front of your eyes. You then understand that the feeling you are having is the experience of the magic of the interplay of the Golden Mean in every dimension of every detail in the building.

Fallingwater was built in the mountains of Mill Run, Pennsylvania, USA. The time was well into the Einsteinian revolution of “relativity”. The universe was no longer understood as a sun centered universe with planets rotating in simple circular orbits around it. The universe was now much more complex and mankind had integrated not only the planets and stars into its cosmological model, by 1936 the earths micro environment was also beginning to be understood from the buildup of proteins from viruses to simple organism, to evolution of the earth’s surface and the blooming of the plant world form ferns to giant sequoias. Similarly evolution of mammals from little mice size mammals all the way to human beings, were being understood. Frank Lloyd Wright was very focused on human beings relationship to nature. He always tried to figure out the best way to integrate human life with the natural environment, and achieved his greatest realization of his ideas in Fallingwater. Sanding in its presence, you feel you are looking at a work of architecture that grew out of the ground, and then branched out and grew balconies almost as trees grow out leaves, that belong, and are on integral part of the natural environment that they stand in. You stand in awe as the man made cantilever concrete forms unite with the rock formations below, and then reach out over the river like gigantic leaves in the forest.

Walter David Brown Archiect designed this residence for a site in Westchester County, New York. The ideas in which it is designed comes from the the ideas beginning with the Villa Rotunda and what came after it. The evolution architectural form, in each era of architectural history, has been a manifestation of the accumulated mathematical, scientific, cosmological, and religious-mythological ideas of that era. In our lifetime, we have lived in one of the most interesting times in all of human history, because knowledge of the universe has expanded to such a profound level, and to such grandure, that it makes all other visions of past look very primitive. Our contemporary understanding of our universe starting with the "Big Bang", expanding into the "Cosmic Web", the "Galaxy Clusters", "The Great South Wall", "Black Holes", "The relativity of Space Time ", "Quantum Mechanics", and "The infinite Expanding Universe", is based on profound mathematical concepts, and vast scientific observations, that were never possible in earlier times. I also realized that most architecture is still shackled and bound to previous eras and does not express the possibilities of the ideas available to us today. For the most part, architecture today is conceived within the Euclidian three dimensional space-time cubicle grid. I conceive an architecture that exists in the universe as we understand it today - a universe infinitely expanding in curved gravitationally molded space, unbound by the concepts of the past.

Walter David Brown Archiect, designed this residence for a site in Suffolk County, New York. The ideas giving form to this house derive from the Villa Rotunda, The Villa Savoye, Falling Water, and the Lawrence House. The new elements in it come from the ideas of Louis Sullivan when he proposed that "form follows function" back in 1890. The meaning here, is that if you want to make solar panels a major element in the composition of the form of this house, you should express it as a major aesthetic part of your architectural composition, not try to hide it away somewhere. We started out asking ourselves what we need to do, because we need so many solar panels to do a house that it totally energy self sustaining, how do we make them into a beautiful form.

Hamptons Multi-Generational Family Solar House is a residence in the Hamptons which provides space and comfort for parents, grand parents, and children all under one roof. In addition to providing for this extended family it also set out to provide all the necessary electrical, heating, air conditioning, and car charging needs of this family, with a net zero electrical usage over a yearly period. In other words, the net electrical bill will be zero for all the lighting, media usage, computers, appliances, heating, cooling, and car charging. It is connected to the electrical grid because there are periods during the year when there is not enough power generated by the panels for the needs of the house (winter), and there are periods during the year when there is way more than needed electrical energy generated which is then sold back to the electric company. Thus the yearly electrical costs net out to zero.